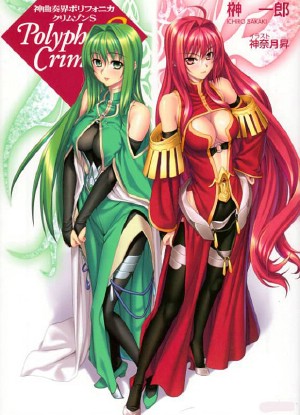 Plot Summary:In the continent of Polyphonica, Spirits materialized in the world, surviving on the music that is played by humans, and lives together with them. While the spirits doesn’t appear often, some spirits has enough power to materialize in human or animal forms and live together with humans.

Dantists, who play special music called “Commandia,” are widely respected in this world. They also usually are in contract with powerful spirits. The story of Shinkyoku S?kai Polyphonica revolves around the new Dantist, Phoron Tatara, the spirit that he made contract with, Corticarte Apa Lagranges, and their friends, in their daily life and work.